African American Communities features interviews from three different oral history collections. They cover a plethora of topics which complement those found in the documents and image galleries.

From the Atlanta History Center comes the Voices Across the Color Line collection, recorded in 2005-2006. This provides a focused look at the student community of Atlanta University in the early 1960s, and their involvement in the Civil Rights Movement. It includes oral histories from people who played important roles in and with groups such as the Student Non-Violent Coordinating Committee (SNCC), Help our Public Education (H.O.P.E), and the Southern Christian Leadership Conference (SCLC). There are first-hand accounts of sit-ins, boycotts of prominent businesses and efforts to desegregate schools and busing. (Video collection)

I'll Make Me A World: African-American Artists in the 20th Century is a collection from Washington University in St. Louis. This is a series of video interviews looking at African American culture and arts. These interviews feature dancers, poets, directors, musicians, singers and more, all discussing their own experiences as African American artists or those who worked closely with African Americans in the realm of arts and entertainment. (Video collection)

The 2011 Oral History Collection from Weeksville was born of an ongoing desire to document and preserve African American history. The ten audio interviews selected from this collection offer great insight into Project Weeksville and the work that was done to preserve the houses of the Weeksville community. The interviewees touch upon their involvement in Project Weeksville, and their memories of other crucial figures like Joan Maynard and James Hurley. They also reveal connections to influential figures such as W.E.B. Du Bois. Often the interviewees talk about moving to or growing up in Brooklyn, and discuss some of the civil rights and social issues which were present at the time, such as desegregation and schooling. (Audio collection) 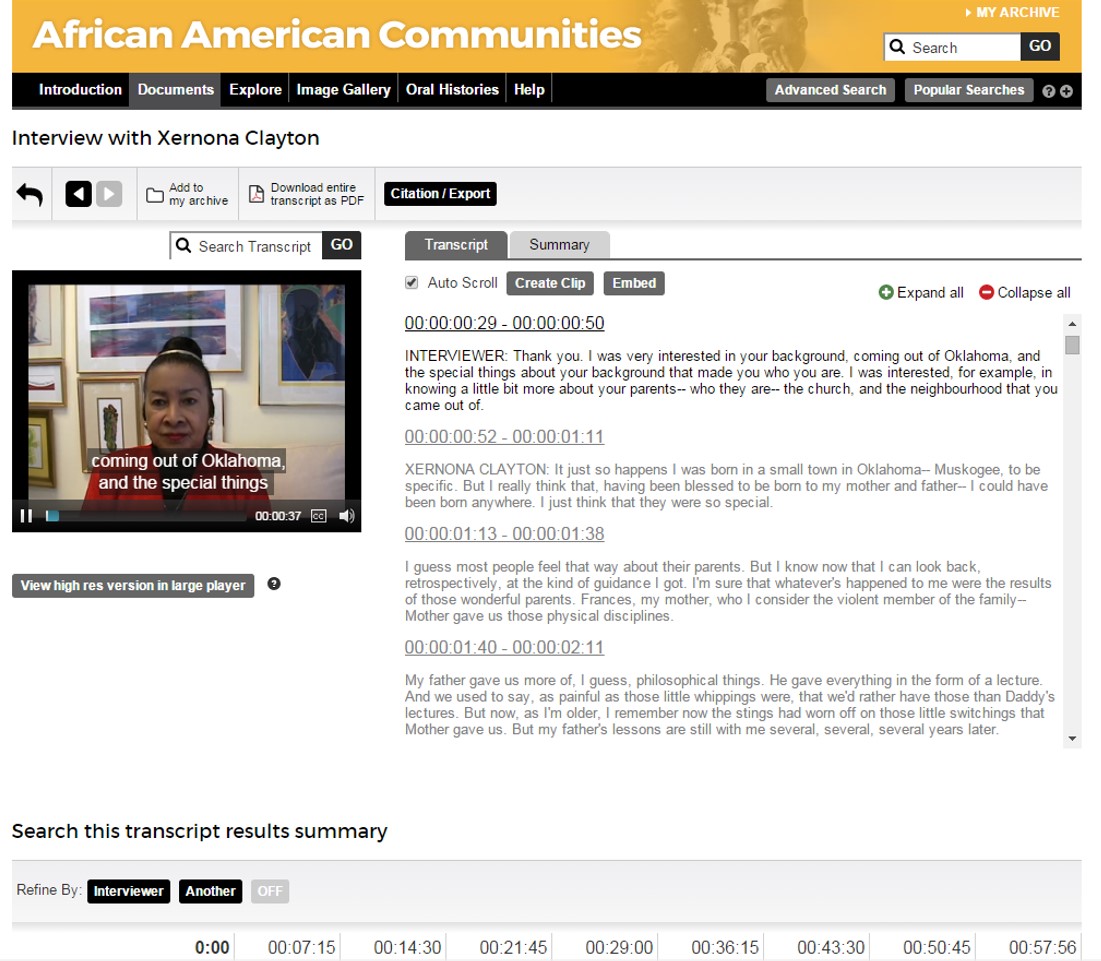